Home > Nutrition & Health > 5 Signs You May Have An Addictive Personality

Addicted. The term is thrown around often, but what exactly does it mean? The no-nonsense definition according to Webster is, “strongly inclined or compelled to do, use, or indulge in something repeatedly”. Drugs and alcohol are obvious offenders, but we can also become addicted to many other harmful behaviors like uncontrolled anger, negative thought patterns and overly-selfish ambition.

Addiction as a disease specifically refers to the “compulsive need for and use of a habit-forming substance characterized by tolerance and by well-defined physiological symptoms upon withdrawal”. With the rising number of people using marijuana and taking prescription medication, awareness of one’s tendency to fall into unintended addiction is critical.

Some medications prescribed by physicians are highly addictive and tend to become a grey area of concern due to that fact. But keep in mind,

in 2016, more than 46 people died each day from overdoses involving prescription opioids.

Addiction can affect anyone, but unfortunately, some people are more prone to its devastating effects than others. It can worsen in people with certain genetic makeups and specific personality traits. However, if you know the warning signs, then you may able to better look out for yourself and avoid falling victim to this debilitating disease.

Look out for these five signs if you suspect that you may have an addictive personality that may make you especially susceptible to suffering from addiction.

1. You Enjoy Taking Risks When It Comes to Your Health and Safety

Those who have an addictive personality often describe themselves as rebels. They will do things even though there is a high potential that those actions will cause them harm. They do not like to comply with norms. They do things recklessly to seem cool and get a rush of adrenaline. This desire for excitement may lead them to not fully comprehend the ramifications of consuming large amounts of alcohol or drugs. Over-consumption frequently causes people to fall into addiction.

2. You Often Feel Nervous or Anxious

Studies have shown that those who have trouble relaxing may turn to inappropriate behaviors as a coping mechanism. Additionally, conceding to impulsive behaviors may lead people to feel this way. While everyone gets nervous from time to time, extreme levels can lead you to do things you will later regret. Additionally, struggling with any mental illness can make people more likely to form addictive behaviors.

3. You Have Trouble Setting and Achieving Long-Term Goals

People with an addictive personality have a tough time working toward long-term goals because they thrive off instant gratification. Things that take a lot of time and effort are not as appealing to them. They jump from project to project always looking for the newest most exciting thing. This makes substances like drugs or alcohol appealing because they provide instant rewards that make the user feel better for a time.

4. You Don’t Like Spending Time with Large Groups of People

Being antisocial is a significant indicator of an addictive personality. Some introverted people may even find themselves turning to drugs or alcohol because of how distant they feel from their peers. Some people will also use drugs and alcohol as ways to release their inhibitions and connect with others which could lead to addictive behaviors regarding those substances.

5. You Consider Yourself to Have Low Self-Esteem

Many people first start considering using drugs and alcohol to improve their social standing or to seem cool. Having lower than average self-esteem can lead people never to feel adequate and always feel the need to turn to dangerous and reckless behaviors. Once users start using drugs, they may think that the drugs are what makes them desirable and it can be extremely difficult to quit.

If one or more of these traits are dominant in your personality, then you may want to be especially careful when engaging in activities that could potentially be addictive. When it comes to drugs, some are more addictive than others. For instance, marijuana is fairly harmless while heroin can cause serious harm extremely quickly. Heroin actually changes your brain to make you dependent on it, which is what make it so addictive.

If you are in any stage of addiction to any substance or activity, it is vital that you receive help and treatment so that your condition does not worsen. Addiction is an illness that needs treatment to improve just like the flu. Letting symptoms go untreated will allow them to get exponentially worse over time. Do not be afraid to reach out for help when you need it because it just might save your life.

Hopefully, these warning signs will help you to stay alert and avoid falling into addictive behaviors so that you can live a more healthy and happy life. 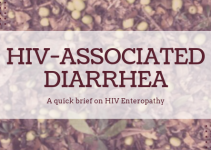 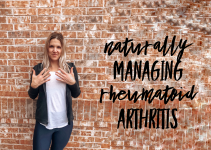 How To Become a Calmer Person