Embrace Your Age: Let Go of Aging Anxiety with Meditation is a guest post by Holly Ashby, an expert in meditation. She works at Will Williams Meditation, a meditation centre in London that helps people become healthier and happier through the practice of Vedic meditation.

It’s often said that we live in a youth-obsessed society. In advertising and the media, positive depictions of older people don’t come up very often, while images of extreme youth are posited as everything that’s aspirational and desirable in life. Whether it’s on the silver screen, the Internet, on television or in glossy magazines, older people are barely represented at all. On the other hand, being young is seen as the epitome of everything our society values – beauty, excitement and novelty. Given these attitudes, is it any wonder that many of us meet the prospect of aging with fear and anxiety?

The societal messages that fetishize youth are omnipresent (unless you deliberately cut yourself off from all media consumption) and its inevitable that over the years negative ideas about aging are going to be unconsciously reinforced. We’ve been taught that getting older means all sorts of unpleasant things, like losing our looks and being slowly edged out into past-it irrelevancy. This has become so extreme that instead of waiting until a mid-life crisis many of us are becoming struck by panic in our twenties and thirties.

Women especially get a poor deal when it comes to depictions of aging (the career of a Hollywood actress will start to decline at the age of thirty, as opposed to forty-six for a man), and it’s constantly suggested that women have to be young and beautiful in order to be accepted. But men aren’t immune to this either, especially as stirring up male insecurity about wrinkles and grey hairs is opening up hitherto untapped revenue for the cosmetic industry. Replacing the sexist mantra of “men age like wine, women age like milk” with “everyone falls apart after their 35th birthday” is too lucrative to resist. 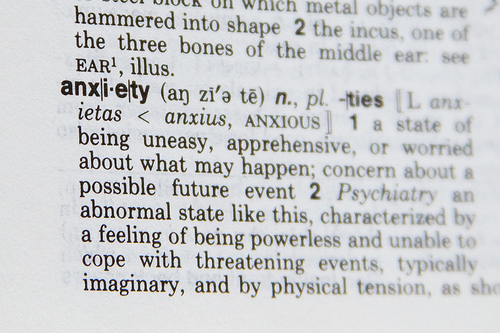 Anxiety Builds With Fear of Missing Out

While our appearance certainly causes a lot of worry, aging anxiety isn’t solely confined to the superficial. Social media has given us endless opportunities to compare our lives to those of others, even though intellectually we know that social media feeds are a list of highlights rather than a true representation. Fear of missing out has become a widely felt phenomenon that seems to affect us whatever we might be doing. Someone married and settled in their mid-twenties may look with envy at the antics of a globe-trotting friend, while the friend looks back at them and wonders if they are wasting time while they should be putting down roots.

Time feels so limited, and life so full of things we need to do, that the years ticking by causes real worry. Should we spend our twenties working hard for later rewards, or is that the time for finding ourselves? We can put self-imposed time limits on ourselves, thinking we should have traveled extensively by 24, got a dream job by 30 and had two kids by 35 – but with so much to do, we forget to enjoy the moment and get stuck in inaction.

Stories of other people’s achievements, like Forbes “30 Under 30” feature, exacerbates this feeling. If a tech genius has made their first million by the age of 22, it can make a 37 year-old who hasn’t quite figured out what they want to do feel even more left behind, as if the best opportunities have already passed them by. The moment when we are hit by subtle implication that we are “passed it” is getting ever younger, but with life expectancy in the US standing at nearly eighty years, it would be a pretty sad look out if we truly believe the best part of life is in the brief and confusing period of quasi-adulthood between 18 and 26 years old.

According to Pablo Picasso youth has no age, and as much of a cliché as it is, it’s our attitude to age that truly matters. However, this isn’t much comfort if the thought of your next big birthday is filling you with dread. Staring obsessively at fine lines in the mirror, regretting wasted time, wishing you’d done things differently – aging anxiety can make you feel miserable. Ironically it’s also something you are bound to regret in the future. You’ll be older and wondering why you spent so much time worrying when you could’ve been enjoying your relative youth. This kind of anxiety makes us forget to live life. After all, we’re younger at this moment than we’ll ever be again. 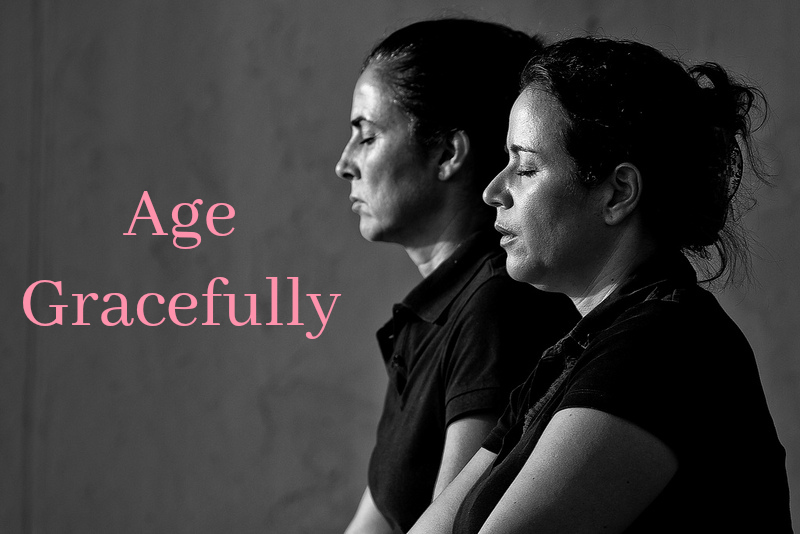 It’s hard to break free from anxious and obsessive thoughts, especially when your mind is fighting against something as inevitable as getting older. Unless you get a Dorian Gray style portrait commissioned, there is no solution to age other than accepting it. Meditation can help with this, allowing you to age well while easing the anxiety that’s holding you back. Just twenty minutes of meditation a day will result in measurable changes for the better.

Firstly, by taking up meditation you can physically change your brain, making it less panicky and obsessive. Analysis from Harvard University demonstrated that regular meditation over a period of two months physically reduces the amygdala, the “stress centre” of our brains. The amygdala are almond-shaped clusters of nuclei and they are most active when we experience fear or aggression. Anxiety and panic attacks occur when environmental or emotional stressors convince our amygdala that we are in danger.

Meditators have long claimed that their habit eases anxiety and calms them down, and these MRI scans adds scientific credence to these anecdotal claims. Furthermore, according to a study by John Hopkins, meditation can also help us deal with the effects of anxiety and depression.

There’s also the suggestion that meditation helps us age better. Nothing holds back the wrinkles forever, but meditation keeps us healthier by reducing cortisol – a stress hormone which in high levels can contribute to aging, poor heart health and weight gain. The University of California, Los Angeles found that long-term meditators have better preserved brains than those who do not meditate, with the usual loss of grey matter reduced in older meditators. Being bright eyed, curious and thoughtful into old age is a huge part of making the most of life, and the prospect of getting older is much less scary if you think you’ll be as full of vitality as your younger years.

Meditation makes us feel more ready to face the future, whatever it has in store. By reducing the anxiety we feel as we move away from the first blush of youth, we can enjoy every moment and take life for what it is, rather than mourn years gone by.

Holly Ashby is a writer who works for the meditation company Beeja Meditation, who aim to help people experience the benefits of meditation and improve their health and happiness. Follow her on Twitter, Facebook and Instagram. 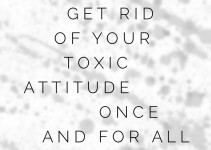 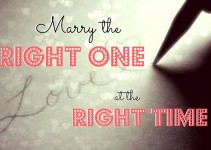 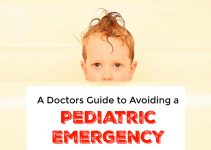 5 Secrets to Living a Wellness Lifestyle