Home > Nutrition & Health > Organic Produce: The Truth Behind the Sticker

Either you’re with um or against um. Are you choosing to spend your hard earned dollars on organic produce? What’s your reason? Just like all great debates, opinions on organic farming has people spread from end to end with opposing views. On one hand there are advocacy groups fully against conventional farming aiming to educate the public on how dangerous pesticide use is. Run to the other end of the spectrum and you’ll see the same amount of passion defending the U.S. government and their decisions on what pesticides are safe to use on America’s produce. Likely, your opinion lies in the middle. Like most, I’m sure you believe that it’s more important to push choosing any produce period, whether it’s organic or not. Regardless of where you stand, it’s always a good idea to be informed of the issues. I challenge you to discover what’s going on in our food supply. After all, you do have a right to know how your food is grown. The following will outline a bit about each side to hopefully shed some light on this dirty debate. 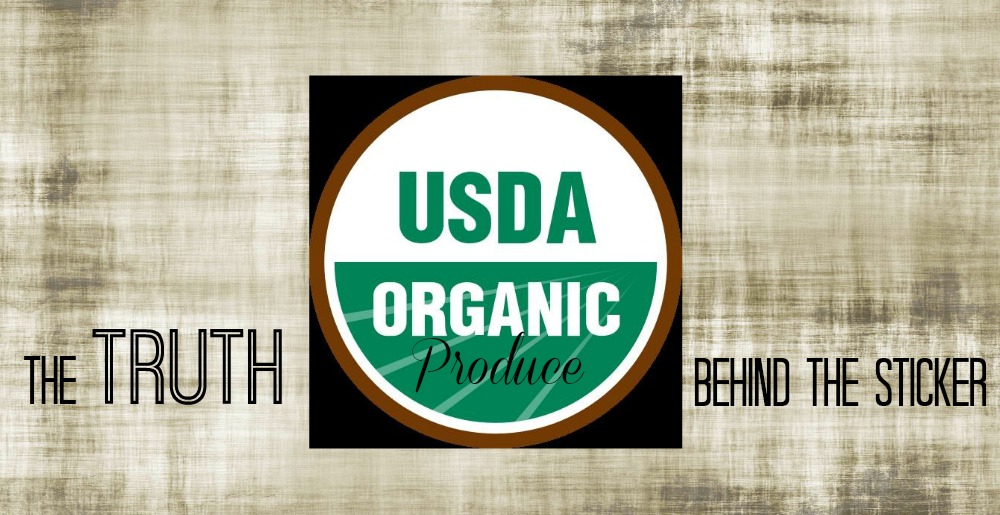 Did you know that pesticides are still used in organic farming? The public has greatly misconstrued organic to mean chemical-free, and that’s just not the case. It’s no wonder there is such confusion. After all, the fourth search result on Google from yourdictionary.com says, “The definition of organic is natural matter or compounds with a carbon base, and also refers to food and meat grown or raised without chemicals or pesticides.” You will see, it’s almost comical how wrong the second part of that definition is.

Let’s start with the word organic. Exactly what does it mean? “The USDA organic seal verifies that irradiation, sewage sludge, synthetic fertilizers, prohibited pesticides, and genetically modified organisms were not used.” (1) Did you catch that? Organic farming has prohibited pesticides, not an elimination of them; nothing to do with chemical or pesticide-free. Pesticides, as defined by the EPA are substances intended to prevent, destroy or repel pests. Herbicides and fungicides, among others, fall under the umbrella term pesticide. (2)

The original purpose of the organics movement was to take better care of the soil, to maintain and enhance ecological harmony and to to minimize pollution from the air, soil and water. According to the USDA, “The primary goal of organic agriculture is to optimize the health and productivity of interdependent communities of soil life, plants, animals and people.” (3)

Unfortunately, the spirit of organic farming has been replaced with technicalities and has turned into a game of moneymaking.

Dealing With Those Pesky Pests 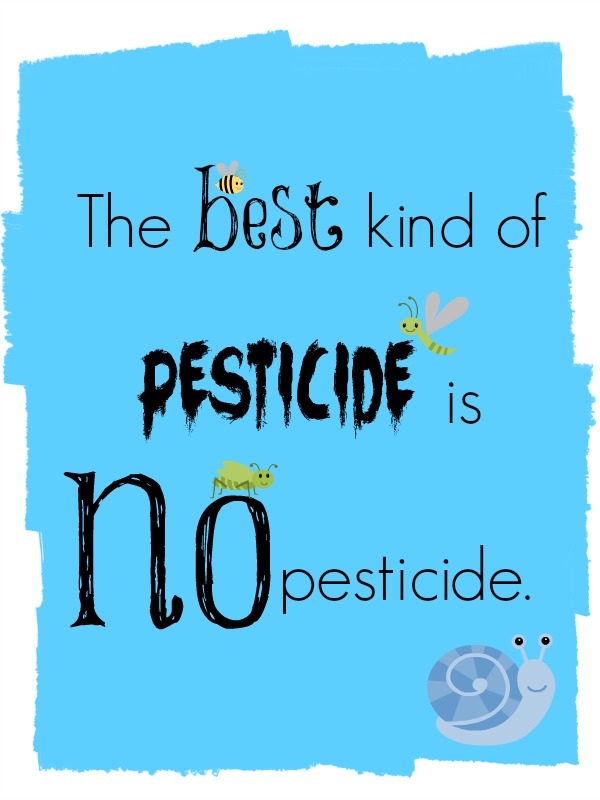 Let’s be real, pests are a problem. If you’ve ever tried to grow anything at home, you’ll agree that slugs love petunias, rats love tomatoes and worms love basil. In order to meet the giant demand for food in this country (and the world), pests need to be dealt with.

So the question remains, what pesticides/chemicals are allowed in organic farming today? Answer: they must be derived from natural sources. In other words, they have to be organic (naturally occurring from living organisms) as opposed to synthetic (man-made). But like everything goes, there are exceptions to the rule. There’s a hefty list of approved synthetic substances that may be used in organic farming. Examples of some of these chemicals include peracetic acid, potassium bicarbonate, streptomycin, copper sulfate and elemental sulfur. On the flip-side, there are non-synthetic substances that may not be used in organic crop production. The list includes: ash from burning manure, arsenic, most uses of calcium chloride, lead salts, most uses of potassium chloride, mined sodium fluoaluminate, sodium nitrate (more than 20% of the crop’s total nitrogen requirement), strychnine and tobacco dust.

So what can we derive from these lists? What sticks out to me like a sore thumb is that whether the chemical is synthetic or organic, pesticides are still used to kill bugs and deter pests. The EPA says it nicely, “By their very nature, most pesticides create some risk of harm – Pesticides can cause harm to humans, animals, or the environment because they are designed to kill or otherwise adversely affect living organisms.” (4) The best kind of pesticide is no pesticide.

Organic farming is one of those instances where natural isn’t always synonymous with “better”. There are still risks to using the approved organic substances. Here are a couple of examples. Pyrethrums, a dust made from Chrysanthemums (a type of flower) is a neurotoxin to bugs and bees. The destruction of bees is an unintended side effect that poses large environmental concerns. Rotenone, an organic approved pesticide, is made from the roots and stems of plants form the pea family. It poses a health risk that is worth explaining. Dose-dependent, there is an acute lethal dose to cause death to humans. Animal studies have shown effects of organ damage, growth retardation and intestinal bleeding, among others. Listing these adverse health effects illuminates the fact that organic approved pesticides still carry a dose-dependent serious health risk to humans. (5) 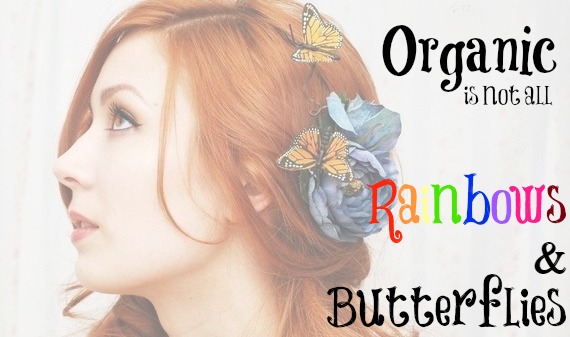 One study found that organic insecticides (mineral oil and Beauveria bassiana-a biopesticide) working to get rid of aphids didn’t work as well as conventional insecticides plus they had a higher net environmental impact. One reason being is that it killed off more of their natural predators (which is like killing your own teammate). Often, more of the organic chemicals are needed to do the same job as non-organic chemicals. It’s not a surprise that the pesticide companies have spent years perfecting their poison (pun intended). They are effective and pest-specific in small amounts. Bottom line is that organic pesticides are not as developed and therefore may end up with unintended consequences on the environment despite their original purpose.

On the flip side, there are many organic pesticides that are less hazardous to humans when compared to conventional pesticides. Biopesticides, biochemical and microbial, function like naturally occurring chemicals, but have nontoxic modes of action, which are often less effective but safer. Examples are insect pheromones and Bacillus thuringiensis or Bt. Bt is effective and has been studied to find no adverse health consequences and is considered low toxicity for humans and mammals. (6) (7)

I would also like to point out that just because it’s labeled organic doesn’t mean that it will have no conventional residues. Pesticides are applied by humans. Humans make errors. Plus, organic farms are often right next door to a conventional farm. Pesticides travel in water run-off quite easily; it’s near impossible to prevent 100%. Lastly, a farm can be certified organic three years after being used conventionally. 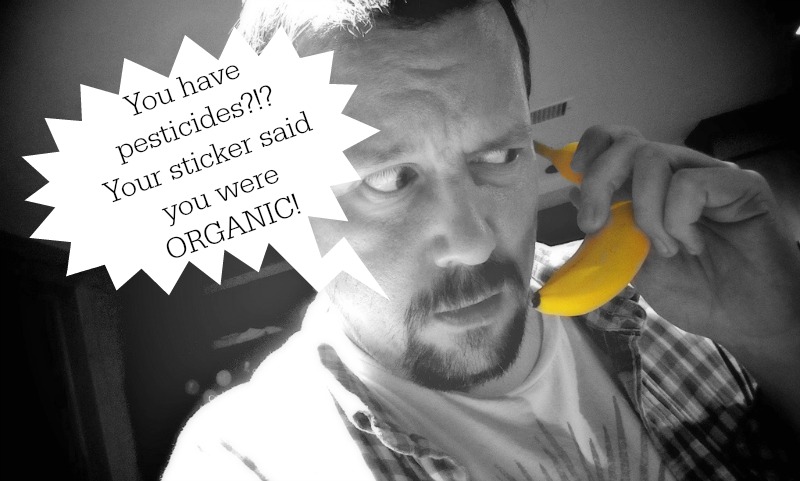 Conventional Farming Isn’t At All Better

Recent studies of rivers and streams showed more than 90% of the time the water contained one or more pesticides. Deformities in some animal species are directly due to pesticide exposure. Sadly, some animal populations and beneficial insect populations have been declining too.

How about a little history lesson? Multiple pesticides were developed after World War II from attempts to develop chemical warfare. DDT was one of these. At the time of development, it was marketed as the safest insecticide to humans and wildlife. Long story short, years and years later, it was discovered that this pesticide was responsible for the bald eagle population decline, is highly toxic to sea life and that it’s metabolites get stored in the fat tissue of larger predator animals (including humans). Nearly 25 years after using the pesticide, the EPA, “banned the use of DDT in the United States due to potential harm to human health and the environment”. (8) There is suggestive evidence to link DDT and it’s lingering metabolite DDE to pancreatic cancer, brain dysfunction, and poor effects on fetal development. (9) What’s even more frightening is that, “Due to its stability and its capacity to accumulate in adipose tissue, it is found in human tissues, and there is now not a single living organism on the planet that does not contain DDT.” (10) 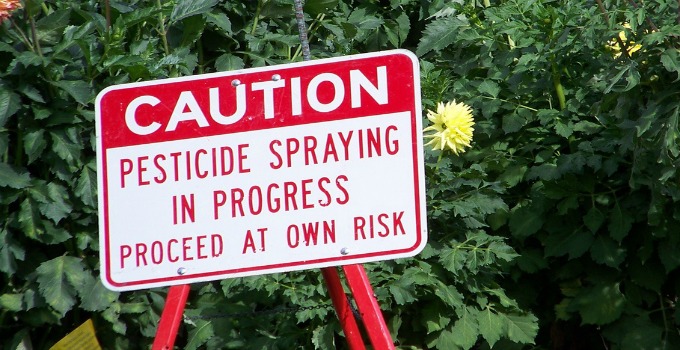 Now let’s look at one of the most discussed conventional pesticides used today: organophosphate-based pesticides. They are one of the most widely used class of insecticides in the United States. Acute and longer-term studies have proven that this kind of pesticide is associated with nervous system damage. 146 sheep farmers who were in contact with this kind of pesticide on a daily basis were followed. The study found that though there were no effects on learning or short-term memory loss, “the farmers performed significantly worse than controls in tests to assess sustained attention and speed of information processing.” The farmers were also at a greater risk of developing a psychiatric disorder. Researchers concluded that,

Already discussed in Organic Fruits and Vegetables, Are They Worth the Money, other studies have shown increased prenatal exposure is associated with abnormal newborn reflexes, decreased mental development and attention problems manifesting in ADHD (attention deficit hyperactivity disorder) and PDD (pervasive developmental disorder). Breakdown products of organophosphates are also noted to be toxic to the environment.

Have we learned anything from the past? In my opinion, the scariest part of using pesticides, organic or not is there are no long-term studies to prove human safety. No one knows the effects of these chemicals in our food supply over the long run. Generations alive today are the guinea pigs for tomorrow.

Organic and non-organic play on equal playing fields here. In 2012, a systematic review funded by a Stanford Undergraduate Research Grant, was completed to determine if organic food was safer or healthier than conventionally grown food. This is their conclusion: “The published literature lacks strong evidence that organic foods are significantly more nutritious than conventional foods.” So in a nutshell, the calories, proteins, vitamins, minerals and other nutritional goodies are unchanged by the type of pesticide used. However, they did find that choosing organic would likely reduce the exposure to pesticide residues (and antibiotic-resistant bacteria in organic meats). And that’s significant in my book. (11) 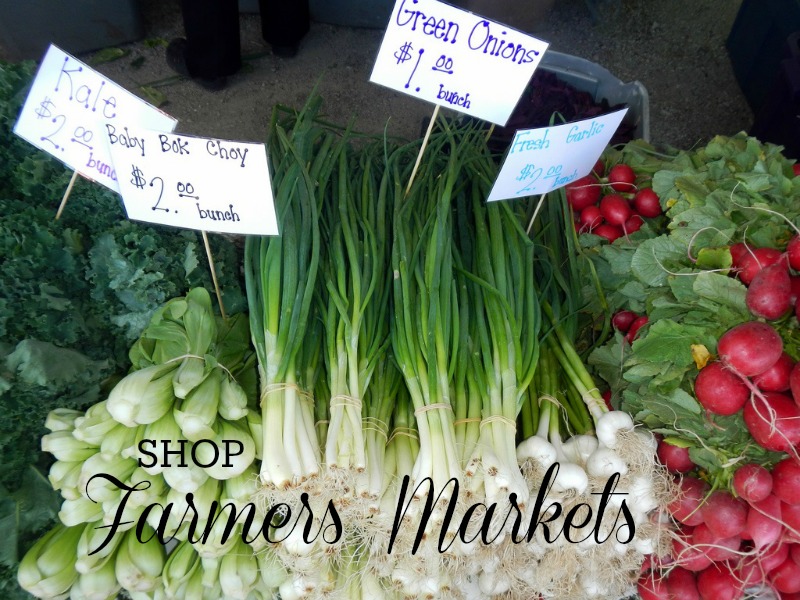 Don’t miss: 2015’s Top 12 fruits and vegetables with the highest pesticide residues to guide your shopping.

What’s my view? When I step back to view the entire debate as a whole, I see a demand for food that is enormous. Conventional farming allows for a more efficient system to grow food for a vast majority of people but in my opinion has a higher risk of human harm. From what I’ve researched, organic pesticides don’t work quite as well as conventional products and still may cause harm to the environment. They also may cause harm to humans but compared to conventional pesticides; to me, they seem less harmful. The argument used by supporters of conventional farming I agree with: the dose of chemical is what makes the chemicals dangerous. I’ve heard the analogy that water is a chemical and may in fact kill you if you overdose yourself. All true. I believe this to be true for all pesticides, organic or not. Therefore, no pesticides are better than organic pesticides.

Essentially, there is no perfect system, so we must take the info provided to us and make the best decision for our personal situation. So, has your view changed from before? If so, I’d like to know what you think! 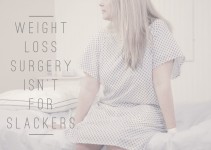 Organic Fruits and Vegetables: Are They Worth the Money?

5 Effective Ways to Use Coconut Oil on Baby

Embrace Your Age: Let Go of Aging Anxiety with Meditation