The following is a guest post by Noelle Rodriguez, the founder of LiFE, a yoga, music and art studio in the Philippines. Read more about her at the end of the article!

Yoga for Healing: Loving Yourself Now

People turn to the things they love when they feel hurt: some sleep, some make art and some do yoga. Some people do yoga to heal—heal from a broken heart, an injury, fatigue and the overall stress that life continuously jabs us with.

Yoga is the art of creating balance and unity between our bodies and minds. Today, studies have backed up the idea that yoga can indeed heal.

Experts and enthusiasts believe that when you have a disconnected body and mind, you will feel most vulnerable, tired and unmotivated. 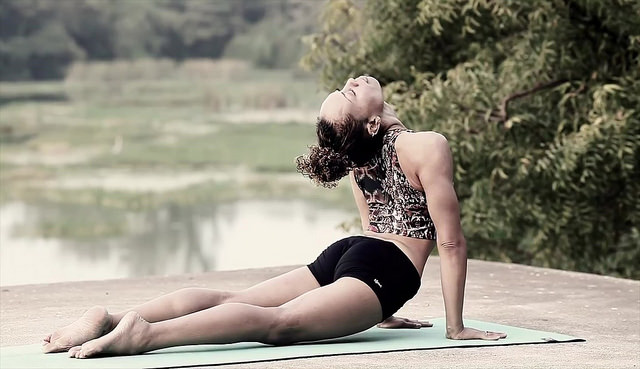 The notion that yoga helps in healing and recovery is not new. In fact, many researchers have proven and have shown impressive results toward the claim. According to studies, yoga has its benefits to our health, from simply helping us relax to lowering the risk of chronic illnesses later on in life.One of the medical breakthroughs today is the discovery that yoga can reduce inflammation, or the body’s natural way of reacting to injury or irritation. Inflammation is associated with chronic diseases including heart disease, diabetes, and arthritis.

Mayo Clinic has done a research on how yoga helps in reducing the risks of chronic diseases such as heart disease, stroke and high blood pressure. Their study focused on yoga’s ability to increase blood flow and levels of hemoglobin and red blood cells which allows for more oxygen to reach the body cells, further enhancing their function. This will in turn make the blood thinner, decreasing the risk of heart attack and stroke.

Their study has claimed that yoga poses, specifically those twisting and inverted poses ‘wring out venous blood from internal organs and allow oxygenated blood to flow and encourage venous blood flow from the legs and pelvis back to the heart and then pumped through the lungs where it becomes freshly oxygenated’ respectively.

Poses and yoga relaxation also helps in lowering the resting heart rate, increases endurance, and can improve the maximum uptake and utilization of oxygen during exercise. 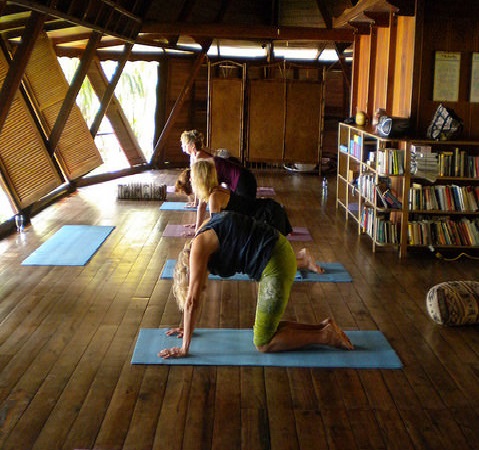 Kyeongra Yang PhD, MPH, RN and assistant professor at the University of Pittsburgh School of Nursing have conducted research that led to the conclusion that yoga also lowers the risk factors of diabetes through effective weight loss.

“Yoga improves glucose and insulin levels, which is important in both types of diabetes,” Dr. Yang says. “High blood and cholesterol levels—common problems among people with type 2 diabetes—can be alleviated by practicing yoga.”

According to the study, and published in the Journal of Clinical Oncology, the group that had practiced yoga reported less fatigue and higher levels of vitality three months after treatment for breast cancer had ended. The study was originally led by Janice Kiecolt-Glaser, professor of psychiatry and psychology at Ohio State University, with her husband and research partner, Ronald Glaser of the university’s department of molecular virology, immunology, and medical genetics. Initially, the research relied on self-reports, but with the help of Glaser, they incorporated lab reports and examined three cytokines, proteins in the blood that are markers for inflammation. Blood tests before and after the trial showed that, after three months of yoga practice, all three markers for inflammation were lower by 10 to 15 percent.

Despite positive outcome, the researchers have nothing but a hypothesis on how yoga helps total recovery from Breast Cancer. Cancer treatment often leaves patients with high levels of stress and fatigue, and an inability to sleep well. “Poor sleep fuels fatigue, and fatigue fuels inflammation,” she says. Yoga has been shown to reduce stress and help people sleep better. Moreover, doing yoga can also help you heal from medical conditions such as anxiety, depression and insomnia.

Yoga encourages deep breathing and meditation—and science says that more than any anti-depressant pill, this can help patients more.

Mental health problems such as depression, anxiety, stress, and insomnia are among the most common reasons for individuals to seek medical assistance. A number of studies have also shown positive connections of yoga and stress reduction, to treating said mental health conditions.

“The combination of yoga and meditation triggers the parasympathetic nervous system—the calming branch—and keeps your mind anchored in the present moment,” says Jessica Hutchins, an integrative physician at Cleveland Clinic.

These studies point to the reason that yoga encourages a person to ‘relax, slow the breath and focus on the present, shifting the balance from the sympathetic nervous system and the flight-or-fight response to the parasympathetic system and the relaxation response’.

Yoga can also help in recovering from an acute injury, spinal stenosis and surgery. Yoga is often incorporated in physical therapy sessions in rehabs or hospitals. Just make sure your Yoga instructor is properly trained to address a specific health issue.

Scientifically, yoga is a form of exercise that link the mind and body together to aid in a person’s s physical, mental and spiritual components to improve aspects of health, particularly stress related illnesses, after all, chronic illness is linked to inflammation, which is associated with stress and fatigue. Yoga is viewed as a holistic approach to stress management that makes a person calm and relaxed. This in turn help’s in the body’s production of hormones that put us to good health overall.

At the end of the day, we do yoga because we want to love ourselves more. We dedicate time just to check up on ourselves, to be open and stay connected with our minds and hearts. After all, the healing process starts within, the decision to pay more attention and love our bodies.

Noelle Rodriguez is the founder of LiFE, a yoga, music and art studio in the Philippines. There, she spends her days meeting creative people and devising ways to further innovate in the health and wellness industry. She also teaches yoga and coaches people to be their greatest selves. You can learn more about her at www.noellerodriguez.com. You can follow her on Facebook and Instagram.

5 Reasons Blogging can Be Your New Therapy
How To Become a Calmer Person
Embrace Your Age: Let Go of Aging Anxiety with Meditation
Follow Us 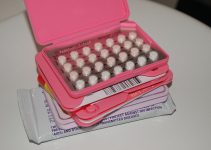 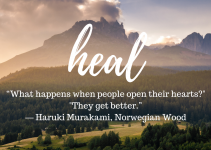 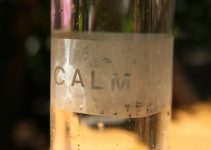 How to Deal with Pain and Stay Positive